skip to main | skip to sidebar

"An end of an era" has been a headline the frontpage has screamed through this month of August. Towering titans Karunanidhi, Somnath Chatterjee, Ajit Wadekar, Atal Behari Vajpayee, Kofi Annan have doffed their hats and bid adieu leaving millions baffled as to whether the spheres they once dominated would be able to survive their absence.

The Hindi doyen and the Tamil scriptwriter shared a single year of birth. Their poems shone through and paved paths for a new party to take root. The Jan Sangh, DMK, BJP owe a lot to them as the oratorial skills of these two doyens ensured a steady building of the parties. While the Tamilian's script could spur four Chief Ministers, the Hindi doyen was a master groomer of talent leaving a large second rung leadership who unabashedly wore him on their sleeve. If one could claim success even in his rival's success, the other could admire a Durga as well as castigate her. One chose to fight a battle through his life and even after death while the other built consensus through life and after death. One held Tamil against Hindi while the other held Hindi against English on the world stage. One became a Tamil icon while the other became a Pan India icon. Both shared a bond of being shrewd strategists and tacticians mastering the political landscape that the sun set as thousands walked behind even their cortege.

A cricketer par excellence and a great samaritan also in their demise shone through the grieving thousands. Wadekar and Chatterjee towered amidst these two icons in their exits showing that their place amongst the titans was very much in place. Even as the above sportsman and genial and sombretadministrator found their epitaphs being written the international diplomat Kofi Annan also bid an adieu.

It would be common to say when we refer to them that in their august presence a deed was done but they have conjured an August Absence that is hard to fill. Though difficult to emulate would we be able to do so?
Posted by voices at 10:03 AM 1 comment:

"A friend is not a person who need not ask you to do only what you like to do. U can also do something to please ur friend.  Friendship is mutual.  You need not hold on to ur opinions as always being right" was one of the comments that a post had elicited and as yours truly caught up with some posts on Facebook one of them had posted the need for a friend who would like Krishna not participate in the war but guide as well as another like Karna who would stand by the friend while pointing out his follies and try winning a war for him!!!

Lo and behold the need to blog surfaced instantly. Mythological friendships have always fascinated one and all. The honesty in the friendship between Krishna and Sudama bereft of the arrogance of post student hood achievements to lustily grab at the small pack of beaten rice or the straight forward approach of Suyodhana and Karna in the implicit trust they hold for each other. The interactions between these two characters from the time the former confers the title of AngaRaja on the latter to the day the former mourns the demise of the latter is a bonding which will make even the staunchest supporter of good v evil take a bow!


Another friendship that Suyodhana covets is the one with the son of his Acharya Drona - Aswathama who casts his dharma aside to fulfil a death wish of his friend. These in fact put the following saying to a severe test

Friendship cannot never subsist
between a poor man and a rich man,
between a man of letters and an unlettered mind,
between a hero and a coward.

At least with these tantalising tales, yours truly has the fortune of being part of friendships which can be summed as

Understanding not agreement,
Forgiving not Forgetting,
Memories Last even if contact is lost
And
Ones who stay by your side
When the heart falls apart
But
Take pride in the
Happiness from afar

While many think that friendship is about gossiping, chatting, sharing or caring for the problems they bring true friendship means while walking in opposite directions when they can stay side by side and reward each other with an abuse with a smile.

The coveted trophy of being referred to as "useless fellow" by the choicest of friends which brings a smile cannot be traded for a felicitation of tributes a la ones at a farewell. But none of us still have made the mark these mythical characters have made is a fact to be conceded while we unknowingly traverse to achieve the very same standards. 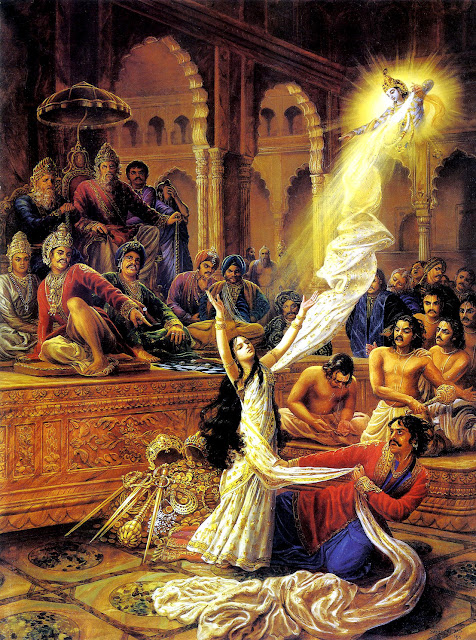 Long live the relationship called friendship which Draupadi and Krishna showed can be between the opposite sexes too!

Posted by voices at 4:54 PM No comments:

TREATS, ENTREATIES AND A DAY MADE!

The day had come to a close for the family and preparations were being made for retirement. The television anchor was at the highest decibel with a combination of his voice, the channel's volume and our own set's volume being placed at the maximum to suit the aging (y)ears of the inmates. The doorbell chimed over these tones to let in my late friend's son in who had come to collect some papers regarding claims to be made. As he settled down another laady landed with two kids to invite us over for a house warming.

Pleasantries exchanged, all attention centred on the younger of the two kids and to entice her into a conversation, chocolates were fetched and handed over. A couple were also handed over to the young man in his mid twenties much to the chagrin of the young kid. Soon we needled her and sought to compete for the treats in her hands. Liplocked and clenched fists moving to her rear for cover, the facial expression conveyed an absolute no to the entreating voices. The young man offered his quota to set an example which went in vain. Determination to safeguard her treats was writ large on the face of the young one raising chuckles all around. Her guardian espoused the cause of sharing, caring and loving whilst the young one quickly tucked away her earnings into a bag which contained the invites to join in the laughter.

The guardian was insistent on inculcating values while we profusely thanked her more for the wonderful prelude to retirement and less for the heartwarming invite. Innocence, Determination, Grit, Conviction embodied in a small body with a radiating smile which also conveyed her victory bid goodbye!