skip to main | skip to sidebar

A camera rolls with the photographer saying "Smile please" or "Say cheese". Today we have the era of selfies but the photographer within still says "Smile Please". The common refrain of judges of musical reality shows is " Sing with a Smile" and it would be much better. There are sayings which speaks of the number of muscles used for a smile and a frown.But what makes a smile so important?

Let us turn to one of the fabled tale of Akbar and Birbal. On one occasion, Akbar tells his courtiers about how Salim is the most beautiful child and none except Birbal dared to differ from the Jahanpanah. Birbal told Akbar that he would take him into the town to show the most beautiful child. He takes him to a slum where a child is in the arms of its mother with not as much as a loincloth but beaming at the mother who exclaims " Oh the moon of my life". Akbar understands that every child is most beautiful to its parents. But the most important portion of this tale is that the child was beaming and was wearing nothing. Thus, its lustrous toothless cherubic smile gets it the best of compliments from its own mother.

Moving to more recent times, we find that the Mahatma disarmed his adversaries with his smile whether toothless or otherwise. The Saint of the Gutters Mother Teresa could win the world to the plight of lepers and homeless with a smile. While the former was termed a "half naked fakir" the latter was in a white sari in a nation where the much despised widows drape themselves in white saris. The iconic Tendulkar's smile spoke much more than his willow and definitely more emphatically than his words.

Turning to cartoon characters, the smile of Donald Duck makes him more affable than his Unca Scrooge. The smile on the face of Mickey Mouse or of the chipmunks Chip and Dale can crack any irate nut's frown. The impish smiles of Huey, Dewey and Louis remain with us even after we age. Would someone match the irrascible smiles of Tom and Jerry? The goof ups of Goofy gets pardoned only because of the smile on his face and the ones on the readers' faces. Even a ghost becomes affable because of the smile as Casper has proven beyond imagination.

First hand yours truly wore a smile as an answer for most queries in the younger days inviting attention of most people. In the name of evolution the smile became a conscious effort in the late teens and early twenties. Thereafter, when public relations was the portfolio to be handled, the disarming smile was turned on to meet the most challenging of grievances. Yours truly can now vouch that the smile is not an ornament to bedeck or embellish but the main attire to be worn to move miles ahead!!!

Can therefore be anything more important than a smile which relieves oneself and the people around of a whole lot of stress and move people towards a bonding? Tomichan Chetan, you have nailed it!!!
Posted by voices at 7:15 PM 3 comments:

SEEK SIMPLICITY BUT DISTRUST IT

The Indian freedom movement had many stalwarts whose intentions were single- achieving political freedom. The dawn of the twentieth century saw the entry of a new star on the horizon - Mohandas Karamchand Gandhi. His biggest virtue was he approached complex issues by identifying the simplest of all routes. His encounter with a bare breasted woman led him to choose the role of a half naked fakir. He understood that the backbone of the occupation was economic gain. He struck at it with a call for boycott of foreign goods. Easy for millions to adhere to considering the costs involved. The intelligentsia with a nudge understood the import of the move. Similarly, his travels gave him the insight to the power of passivity resulting in the birth of non cooperation movement. A chat by the seaside led him to confront the salt tax with salt pans. The complexity did not deter him to look into the simple solution.

A change in perspective. The British looked at his attire and laughed him away. The diversity of India had laid the foundations for simplistic methods of divide and rule but the simple methods to unite the millions in a non violent movement was beyond comprehension. The underestimation of the simple chess moves by this barrister put the British chess machine into a turmoil as these were not configured moves. The stop clock ticked and pointed to a disadvantage. 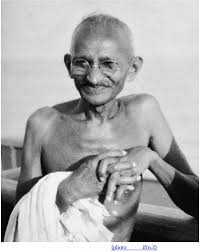 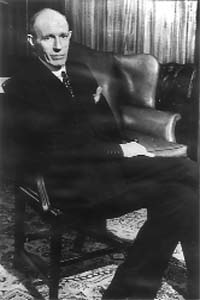 The moral: Gandhi sought simplicity while the British failed to distrust it in time.

Let us go further back in time.

In the outrage of being scorned King Shahryar decides to marry everyday to kill the new wife. The daughter of his advisor named Scheherazade walks into wedlock despite being aware of the conditions. She then opens a story which leads to many other stories which remain untold over a night. The simple task of crossing a few nights without any knights in shining armour spinning tale after tale gives us not only the fabled Arabian Nights but also the simple cue that to overcome an issue "Keep it simple" and also that "Killing being a king is also not that simple".

Not just that may be it was the inspiration for the famed Canterbury Tales too!!!

Though the venerable Alfred North Whitehead told to seek simplicity but to distrust it in the context mathematical and scientific problems, it is equally applicable to all as the above examples with that of the challenge between Ved Vyasa and Lord Ganesha or the Panchatantra being examples to lead more light!!!